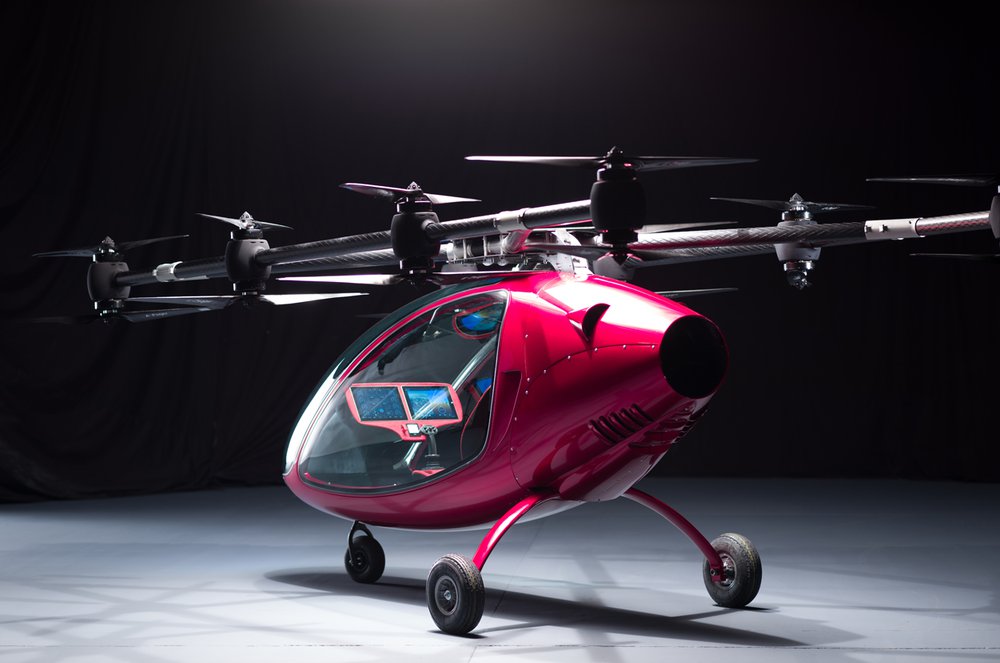 Astro Aerospace Ltd., a developer of eVTOL aerial vehicles and drones, announced that the acquisition agreement with Horizon Aircraft Inc., a privately held developer of advanced eVTOLs, has closed. The Acquisition was completed for common shares of Astro stock, the material terms of which are disclosed in the Company’s related 8-K filing.

Bruce Bent is pleased to announce that Patricia Trompeter, currently a member of Astro’s Board of Directors has agreed to take on the role of Chief Executive Officer. Ms. Trompeter has had a love for aviation since wanting to be an astronaut in grade school and will bring that passion to advocating for the Astro business. Ms. Trompeter brings more than 16 years of experience in mergers and acquisitions and 15 years in financial management experience to the position. After graduating from Marquette University’s Business Administration program with a major in Finance and Economics, Ms. Trompeter spent a large portion of her career holding a variety of executive positions at GE Capital including CFO, Controller, Operations Leader, Quality Leader, and Mergers & Acquisitions. During her career at GE Capital, Ms. Trompeter participated in over $17 billion in acquisitions and transactions, earning her a reputation of professional excellence. After leaving GE Capital, Ms. Trompeter focused on non-profit ventures and family before co-founding an independent investment and advisory firm growing innovative technologies in emerging markets.

Mr. Bent will assume the role of Executive Chairman to assist in implementing the Astro business plan developed over the past two years.

The Company further announces that Horizon co-founder and CEO Brandon Robinson has been appointed President of Astro Aerospace Ltd. Mr. Robinson holds a Mechanical Engineering degree from the Royal Military College of Canada, is a CF-18 Fighter Pilot Top Gun graduate, has an MBA from Royal Roads University, and has led more than $400 million in complex engineering projects.

The Acquisition of Horizon Aircraft by Astro Aerospace will provide a complete product offering across both commercial and industrial applications. Astro will now have three eVTOL models under development – Alta, Elroy and the Cavorite X5. Astro’s offerings position the Company as one of few businesses in the eVTOL space to offer both full electric and hybrid aircraft options. In addition, the Astro product line includes single passenger, piloted multiple passenger, and cargo aircraft designs.

“This completed Acquisition is a huge opportunity for both companies’ eVTOL projects to progress exponentially. Astro’s respected industry reputation and available funding, together with Horizon’s engineering and design talent, will complement Astro’s existing product lines, ALTA and ELROY, and will accelerate the development of Horizon’s revolutionary eVTOL, the Cavorite X5,” said Mr. Robinson.

Through Mr. Robinson’s leadership, Horizon acquired private funding to build the Cavorite X5 eVTOL prototype which will now be continued by Astro through a committed investment. The 1:2 prototype will be built at Horizon’s production facility in Lindsay, Ontario, and is expected to be completed by Q1 2022. A full-scale, certified prototype of the Cavorite X5 is expected by the end of 2024.

The Cavorite X5 is the world’s first eVTOL to fly the majority of its mission as a normal aircraft. The hybrid-electric aircraft carries four passengers plus one pilot, and is built for operational realities such as inclement weather, traffic avoidance and low-time pilots. The Cavorite X5 travels up to 500 kilometers at a speed of 450 kilometers per hour, offering significant advantages over current conventional aircraft including increased safety, lower operating costs, a reduced noise footprint, and lower carbon emissions. More than 200 test flights of an existing sub-scale prototype have been successfully completed.

“The completed Acquisition will propel the development of the Cavorite X5 forward,” said Ms. Trompeter. “It will strengthen Astro’s ability to pursue commercialization and allow the visions of both Astro and Horizon to align, creating a powerhouse in the eVTOL market. Bruce has been an industry pioneer and driving force behind Astro’s success, which has progressed the Company’s vision into tangible milestones. I am excited to be working with Mr. Robinson, who possesses the ability to develop aerial solutions with the perfect balance of analytical and creative. Their combined expertise will help me guide Astro through this transformative chapter as the Company merges product lines, implements Astro’s strategic vision and begins the Nasdaq uplist process.”

Horizon has successfully completed more than 200 test flights of its sub-scale prototype Cavorite X5, a five-seat hybrid-electric eVTOL. The primary objective for the sub-scale eVTOL prototype’s test flights is to verify aerodynamics, control systems and transitional flight. For vertical flight, the wing surfaces retract to open its ducted fans before closing again after it achieves a minimum forward speed, maximizing the craft’s aerodynamic efficiency while lowering operational costs.

The full-scale Cavorite X5, which is expected to travel up to an estimated 450 km/h with a 500-kilometre range, is designed for safety, reduced hydrocarbon emissions, operation in poor weather, and ease of flying for low-time pilots. The aircraft targets Urban Air Mobility but also long-range Regional Air Mobility, currently an underserved portion of the market. The patented fan-in-wing technology allows the Cavorite X5 to be the world’s first eVTOL that can fly the majority of its mission configured exactly like a normal aircraft.

Strategic Benefits of the Transaction: 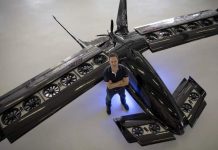 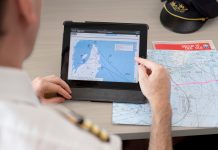 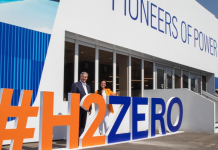