Following the Memorandum of Understanding (MoU) announced by Rolls-Royce and

President, Structures and Transmissions, and Hélène Moreau-Leroy, Chairman and

CEO of Hispano-Suiza, have signed a final agreement to create a jointly-owned

transmissions (ADT) for all of Rolls-Royce’s future civil aircraft engines.

expertise, encompassing the design and production of accessory drive transmissions by

Hispano-Suiza, and engine design and propulsion system integration by Rolls-Royce.

Based on an initial exclusive 25-year contract, the joint company will cover the entire range

of civil aircraft, from business jets to widebody commercial jets. In particular, it will contribute

to the Airbus A330neo, a new aircraft for which Rolls-Royce won the engine contract in July

The new joint venture company will be headquartered at Hispano-Suiza’s site in Colombes,

in the greater Paris area, and will also operate at Rolls-Royce’s facilities in Derby (United

Kingdom) and in Dahlewitz (Germany).

A production plant will be built in a competitive country starting in 2015, with the aim of

starting operations in late 2016 or early 2017. The joint venture company will initially total

about 180 employees, including staff from its parent companies.

“With each parent company contributing its world-class skills to this joint venture, we have

President, Structures and Transmissions. “Our aim is to meet the requirements of our

customers, both aircraft-makers and airlines, by giving them outstanding, cost-competitive

Hélène Moreau-Leroy, Chairman and CEO of Hispano-Suiza, added: “For both Rolls-Royce

and Hispano-Suiza, the creation of this joint venture marks a major step towards the

consolidation of our historical relationship within a long-term partnership, and enables us to

stake out a position on new aircraft programs. It will also provide exciting new opportunities

Subject to approval of this agreement by the regulatory authorities, the joint venture will start 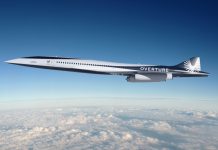