STG Aerospace, a leading aircraft cabin interior lighting specialist, is delighted to announce that it has receiveda Boeing Performance Excellence Award for the seventh consecutive year.

The Boeing Company issues the award annually to recognise suppliers that have achieved superior performance standards in cost, quality and delivery as well as making a significant contribution to Boeing’s ability to meet its own customers’ expectations. This year Boeing recognised 530 suppliers.  A recipient of the award every year since 2010, at either Silver or Gold level, STG Aerospace is proud to be one of Boeing’s top performing worldwide partners.

Marcus Williams, Global Sales and Marketing DirectoratSTG Aerospace, commented: “We’re extremely proud that Boeing has again recognised STG Aerospace with a Performance Excellence Award for 2015.  Being recognised by Boeing for our operational strength is a testament to our high performance standards and unwavering commitment to exceed our customers’ expectations.”

Most recently, STG Aerospace has been contracted to supply the latest generation of saf-Tglo®, SuperSeal UltraLite® (SSUL), for the Boeing 737 MAX.Designed to deliver higher efficiency, reliability and passenger comfort, along with lower fuel consumption, the 737 MAX made its first test flight on January 29th of this year.

SSUL is the lightest, highest performing and most discreetphotoluminescent system available. Produced in hundreds of colours to perfectly match and even enhance cabin aesthetics, the system is fully EASA and FAA certified for almost every aircraft type. 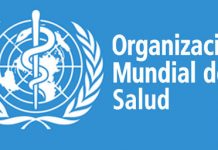 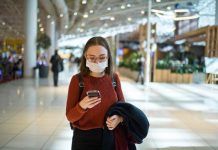 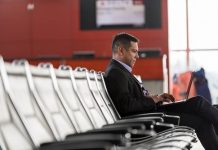