AeroGround Berlin GmbH took on the aircraft and passenger handling services for Norwegian at the Berlin-Schönefeld Airport from the start of the summer schedule on March 27.

The central sales department signed a long-term handling contract with the Norwegian budget airline. The services include the loading and unloading of aircraft, baggage and transport handling as well as the passenger services, including check-in, lost and found and ticketing. The airline connects Schönefeld with numerous short, medium and long-haul destinations seven times a day on average using Boeing 737-800 aircraft. Norwegian is the third-largest airline operating at the airport.

“With this new agreement, we are proud to be extending our excellent business relationship with Norwegian from Munich to Berlin-Schönefeld. This brings us a large step closer to fulfilling our objectives of further expanding the operation and range of high quality handling services in Berlin,” says Siegfried Pasler, managing director of AeroGround Berlin GmbH.

“Our special thanks go to the colleagues in Berlin and Munich who have contributed to this success,” adds Christian Stoschek, managing director of AeroGround Flughafen München GmbH 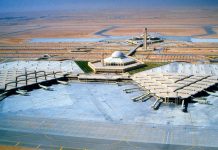 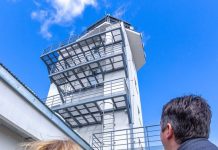