A market leading offer for the 787 product
This latest agreement is an extension to the contract inked in January 2013, when RAM entrusted component support for its fleet of over 30 Boeing 737NG aircraft to AFI KLM E&M. To close the deal, AFI KLM E&M set itself apart through the adaptability, high performance, and competitiveness of its component support offering – today the market leading offer for the 787 product.

Mr Franck Terner, Executive Vice President AIR FRANCE KLM Engineering & Maintenance, said: “We are extremely honoured by this latest expression of trust on the part of Royal Air Maroc and, what’s more, for extending our cooperating to this new-generation product that is being rapidly adopted by leading international airlines.”

30-year maintenance partnership
Royal Air Maroc and AFI KLM E&M have been partners in aircraft maintenance for over three decades. In particular, the two groups set up a joint venture in 2009 that specializes in narrow-body airframe maintenance. Dubbed Aerotechnic Industries (ATI), the 50/50 joint venture is headquartered in Casablanca. It forms a centre of excellence for C and D checks for all A320 and Boeing 737 fleets operating in Europe, Africa and the Middle East. 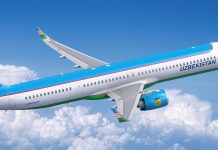 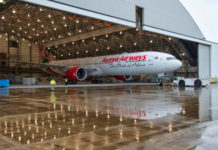