The news came after the troubled Chinese carrier, co-established by Shenzhen Airlines, Lufthansa Cargo AG, and German development finance institute DEG, grounded its freighters in January because of weak demand.

The Shenzhen-based company did not make official statements on the disclosure but insiders said the likelihood of flight resumption loomed after the German carrier planned to sell its 25 percent stake in Jade Cargo. Shenzhen Airlines holds 51 percent.

Lufthansa Cargo lost around $21 million on its Jade stake in 2011 and is considering disposal of its holding after securing permission from Chinese authorities, its chief executive officer Karl Garnadt said in March.

With its fleet of six 744-ERF freighter aircraft, the airline serves 21 destinations worldwide from its hubs in Shenzhen,ShanghaiandTianjininChina, with the emphasis on routes to Europe,Indiaand theMiddle East, its website shows.

But Asia air freight traffic, particularly shipments to and fromEurope, has plummeted in recent months, sharply outpacing carriers’ removal of capacity, according to the International Air Transport Association. 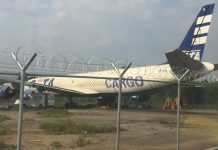 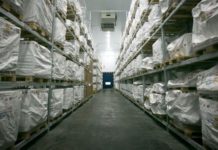